This month there were three newly published books authored by Dickeyville residents!

New StreetCar Book (with section on Dickeyville by Mike Blair)

In Mike’s words: Last year I received a call from Bernie Sachs asking if I could provide any documentation and/or pictures of the StreetCars that came through Dickeyville.  Bernie lived off of Liberty Rd as a young boy and his father had a store in Ellicott City.  He and his brother loved to ride by Dickeyville to spot the StreetCars.  His love turned into a life long passion dedicating his time at the Baltimore Street Car Museum and now with “Baltimore’s Picturesque Jerkwaters”.

Bernie Sachs is donating 100% of the purchase of his book to the StreetCar Museum.  Mike has a few copies if anyone is interested in purchasing, the cost is $30.

A Balanced Life, by Patricia Schultheis 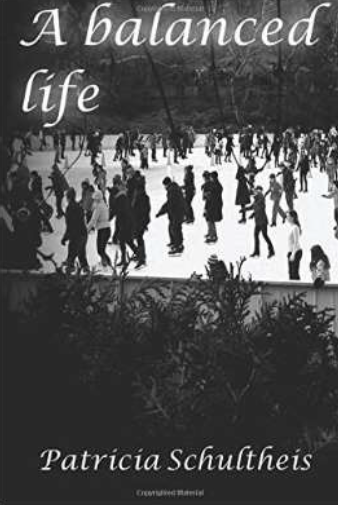 Patricia is pleased to announce that her memoir, A Balanced Life, has been published by All Things That Matter Press. It’s available in bookstores and on Amazon.

“Pursuing a sport without the requisite talent can be considered foolish; pursuing it over decades can be considered borderline madness. In this lyrical memoir, Patricia Schultheis uses skating to examine the richness and constraints of her Catholic girlhood, the impact of the upheavals of the sixties on her young marriage, and how skating provided a release from the demands of marriage, motherhood, and a career. When a series of devastating losses, including the death of her husband, knocked her off her feet, she wondered if she could get up again. But skating had been a constant in her life for so long, she returned to the ice and discovered that features of the sport ~ its unpredictability, unexpected rewards, and many possibilities for grace ~ mirror those of life itself.”

Miss Crabapple and Her Magical Violin, by Betsy Cerulo 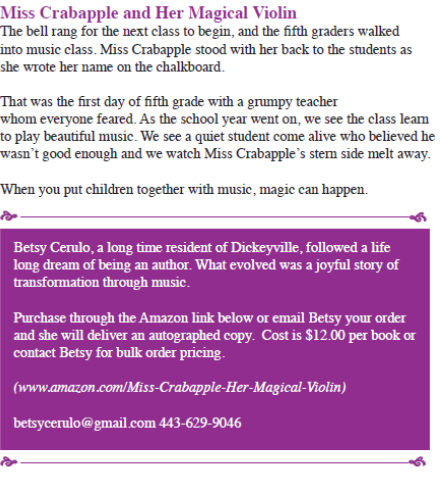 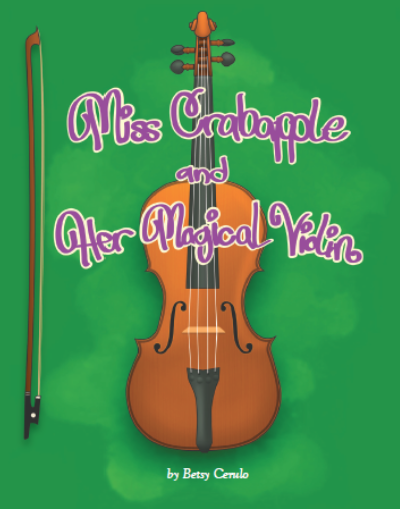 About the author Phoebe Hayes