“The village mourns and celebrates another legend – our sweet, inspiring, and dearly cherished Sam McCready has passed.” From DCA President Chris Wharton.

From his son, Richard McCready: “The world has lost an amazing man, a poet, a playwright, an author, an actor, a director, a brother, a father, a husband, a mentor to all. He will be missed as much as he is celebrated. Thank you all for all your love in the past weeks. We love you all and we thank you for being a part of his life. Every human connection he made enriched him and inspired him, and his lessons to all of us all will never be forgotten.”

Sam was honoured on a Belfast mural of great figures in Northern Ireland. Sam and Joan posed with Heather Hostetler when she visited them two summers ago.

Sam McCready, who has died in his adopted home of Baltimore in the United States, was one of the dominant figures of Northern theatre. He was a director, actor, teacher and playwright.

He was an early member of Belfast’s Lyric Theatre which gave him a life long enthusiasm for the plays of WB Yeats.

He was, in addition, an excellent painter but only found time to paint in later years. An exhibition of his work was being prepared at his death.

For McCready, theatre was entertainment, but also demanding and questioning. This was reflected in his own approach to life. He combined a sense of fun with a disciplined approach to work. A passionate educator, he was a founder of the Lyric’s drama school.

As a theatre director, he pushed boundaries. He was instrumental in the Lyric staging playwright Martin Lynch’s early works; Dockers and The Interrogation of Ambrose Fogarty.

They took the politics of west Belfast to the stage in the early 1980s. McCready insisted there be no changes to the scripts.

Before embarking on a career in theatre, he had been a teacher of English and drama. He taught at Orangefield Boys’ Secondary School in his native east Belfast in the 1960s. The school educated boys who had failed the North’s 11 plus and produced a cohort of students prominent in the arts and academia.

At Orangefield, McCready was adventurous in his choice of plays pupils performed. He encouraged the more interested to join the Lyric company.

Most of all, he was remembered as kind. He did not see his job as just producing some outstanding students. He encouraged those who found English and drama a struggle.

McCready was born in the Lower Newtownards Road area of east Belfast in November 1936, the youngest of seven children to David McCready, and his wife Sarah (née Howlett). His father was a riveter in the Harland and Wolff Shipyard and a native of Co Derry, his mother a Belfast woman.

During the second World War, the family was evacuated to rural Co Down. He was educated at Strand Primary School, Belfast; a rural school near Hillsborough, Co Down; then Grosvenor Grammar School.

At 11, he became a child actor with the BBC. After leaving school he spent a time as a clerk in the civil service. Then he attended Stranmillis College in 1956, from which he qualified as a teacher.

For a time he taught in Fane St Primary school in Sandy Row then spent a couple of years as advertising manager of a hosiery firm, Berkshire Hosiery, in Newtownards.

Returning to teaching in 1964, he went to Orangefield. He moved on from Orangefield to lecturing in theatre, first at the University of North Wales in 1969 where he completed a MA and then at Stranmillis College in 1978.

In the early 1980s, a visiting American journalist saw a Lyric production of Yeats he directed. The journalist encouraged him to move to the United States, initially working on off-Broadway productions in New York.

He worked in New York for a while, then found a role as Professor of Theatre at the University of Maryland in Baltimore. He retired in 2001 but continued to work as an actor, playwright and director.

McCready founded a touring company Two-for-One Productions with his wife Joan (née Carslake) who he met in 1958 at Stranmillis College and married in 1962. He also ran a drama Drama Workshop at the Yeats International Summer School, Sligo regularly from 1999.

A man of great energy, he took to writing plays in his late 1960s. Most of these were one-man shows. He made his final stage appearance last year, a solo performance of 70 minutes in No Surrender, a play based on the life of Belfast writer, Robert Harbinson.

He is survived by his wife Joan and son Richard. He was predeceased by his son Julian. 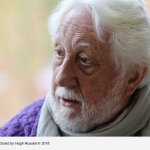 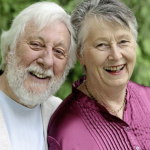 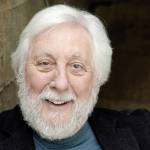 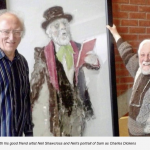 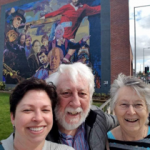 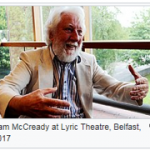 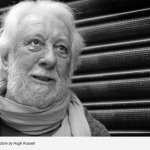