New furry friends in the village

You may notice a few new four-legged residents wandering around Dickeyville.  We are pleased to introduce the following furry friends:

Bill Russ is very attached to basset hounds and it’s been quite a while since his Barney passed away. But never fear, Barney II is on the job and filling in that void. 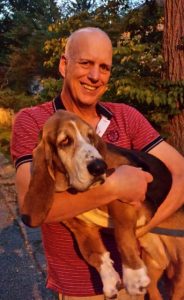 Hazel Mae is the chocolate lab newly acquired by Steve, Ali, Lilly and Emily Davitt. She is a rambunctious bundle of joy who loves to romp and chew, as puppies are wont to do.

Kathleen Vander Horst and her poodle, Pete have a new friend. Cody is the miniature red poodle that has captured their hearts. Cody is getting a fine welcome in her new home with lots of care, attention and toys. 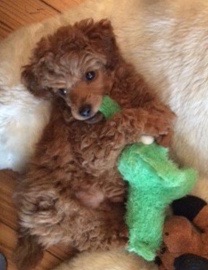 Let us know if you have a new furry member in the household and/or older animal friends we can feature.